Denis Shatalin
Founder of Saas Camp
“If a health-care company grew at 20 percent annually, its managers and investors would be happy. If a software company grows at that rate, it has a 92 percent chance of ceasing to exist within a few years.” McKinsey published this in their research on software companies, Grow Fast or Die Slow.

Every SaaS company is fighting an uphill struggle, so do not reinvent the wheel. There are things that are essential to your survival and success. And one of these is customer lifetime value (LTV).

The principle behind LTV is simple enough, yet ironically, it is probably one of the most poorly understood concepts for SaaS founders, so I always insist on drilling LTV into my SaaS founder clients in my coaching business. So, in this guide, I'll give you a clear-cut definition of SaaS customer lifetime value, what it means for your business, and most importantly, how you can grow your LTV! 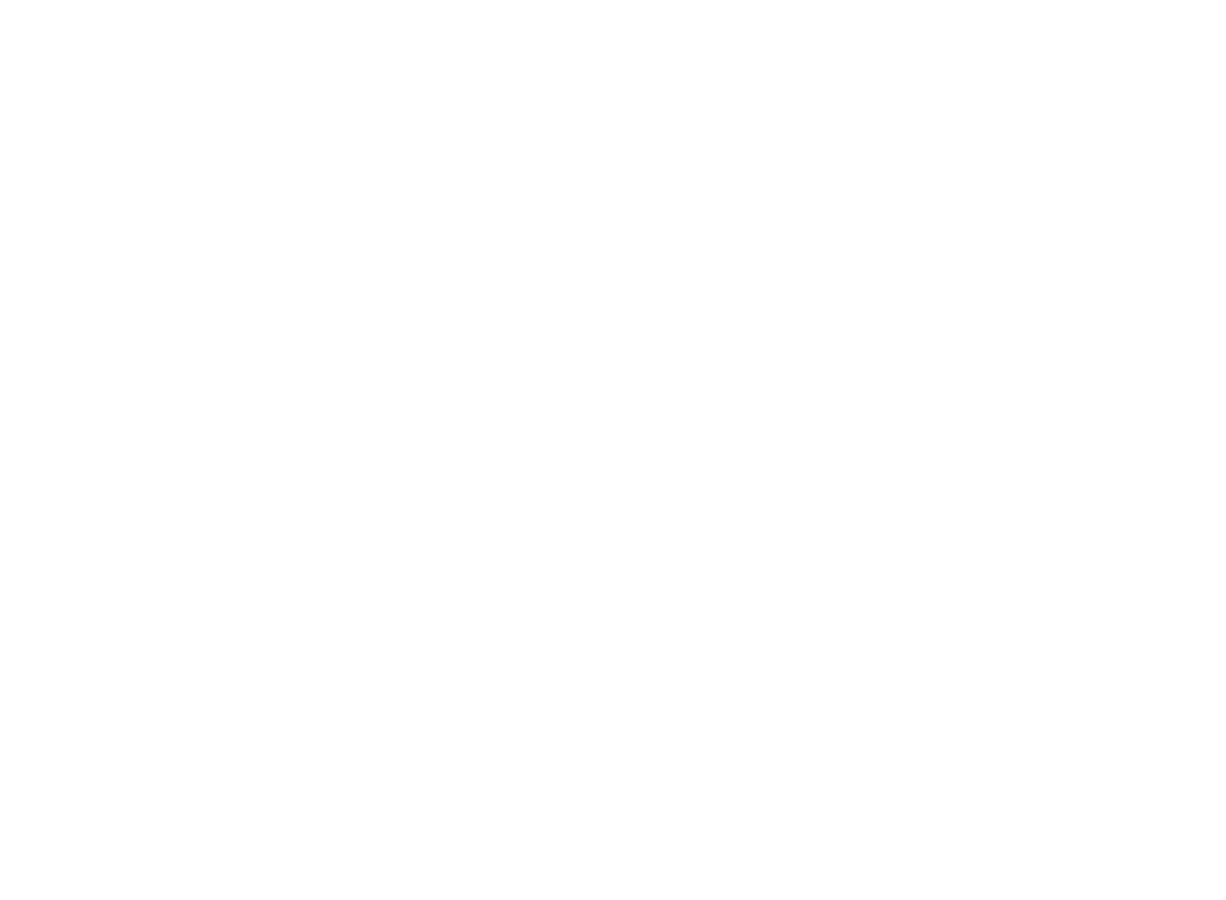 What Is Customer Lifetime Value?

A SaaS customer’s lifetime value means the amount of value you can extract from a customer the entire time they do business with you. The latter phrase is why they called it “lifetime value” (to be absolutely clear, ‘lifetime’ in ‘lifetime value’ refers to how long a customer remains a customer, not how long they live).

Unlike traditional businesses that focus more on acquisition, the recipe for success in the case of SaaS businesses is retention. The more repeat business you have, the higher your chance for growth and success. It’s only logical.

The cost of developing the business and the product can’t be recouped if customers only pay you $20 a month and then go on their merry way!

Instead, according to one study, if you structure your business in such a way that it can retain just 5% of its customers, you can improve your profits by over 25%. And customers loyalty is not impossible to attain. Quite the contrary. The same study found that over 77% of customers have stuck with a single brand for over ten years.

That is why the LTV KPI is so important. Growing it gives you direction on where to focus your capital, manpower, and other resources to improve your customer retention rate and, by extension, your profitability.

The higher the LTV, the more profitable the overall business is. Thus, it can be said that SaaS businesses live and die by their LTV figure, and growing this number is their handbook for survival and success.

How Do You Calculate LTV?

There are numerous ways to calculate LTV and all are valid. To choose the correct formula for your circumstances, you must consider how your business is run and the factors that impact your business’ performance.

Calculating the LTV of a Single Customer

The easiest LTV formula, or customer lifetime value formula (CLTV formula), to calculate is the LTV of a single customer:


Say, your business charges a single customer $50 per month for a service and they stay subscribed for 6 months. That would make their LTV about $300

Calculating the LTV for All Customers

While the formula above simplifies the concept, it’s not practical in reality. It is backwards looking, so it doesn’t help you to forecast, nor understand the state of your business.. SaaS businesses use more all-encompassing models to suss out how much their subscriber base pays on average.

One such model is as follows:

That’s a lot of fancy words and concepts, but bear with me; it’s much simpler than you might think.

And let’s further say that you had 100 customers last year. But this year, you lost seven customers. Then you would have an annual churn rate of 7%.

Applying that to the formula above, the LTV will be around $2,357.

Because churn rate is such an essential factor in the overall formula, you must keep a close eye on it. The objective is always to keep the churn rate low, which means your business is retaining more customers than it is losing.

I talked in greater detail about how you can do that in this video.

This is just one of many models a business can employ to figure out its LTV. I selected this one due to its relative simplicity.

Many other models incorporate more complex metrics, like MRR (Monthly Recurring Revenue) and ARPA (Average Revenue per Account). They’re all important concepts that, as SaaS founders, you will have to familiarize yourself with sooner or later. So, if you’re up to the challenge right here and now, I have another video explanation where I talk about all of these key SaaS metrics.

The Relationship Between LTV and Customer Acquisition Cost (CAC)

Your Customer Acquisition Cost (CAC) represents the money you spend to gain subscribers. CAC can include many things, ranging from marketing, and promotions, to the general and administrative expenses of running your business.

Take this example: your company’s clients currently have an LTV of $1,000. To acquire these subscribers, you spent $150 per customer on marketing campaigns and other costs.

Another way to simplify the relationship between the LTV and the CAC is with an LTV to CAC ratio. In the above example, you spent $150 to acquire a customer with an LTV of $1,000. That’s an LTV-CAC ratio of 6.6.

The signal of a profitable and thriving business is that their customers have a high LTV and a low CAC. A good rule of thumb is that you should always maintain your LTV-CAC ratios above 3. If it’s lower, then you’re spending way too much on acquiring users.

But it’s easier said than done. For early-stage SaaS founders, juggling all of this can be confusing and frustrating. That is where a SaaS coach can step in to help you re-organize your business and strategize the way forward. 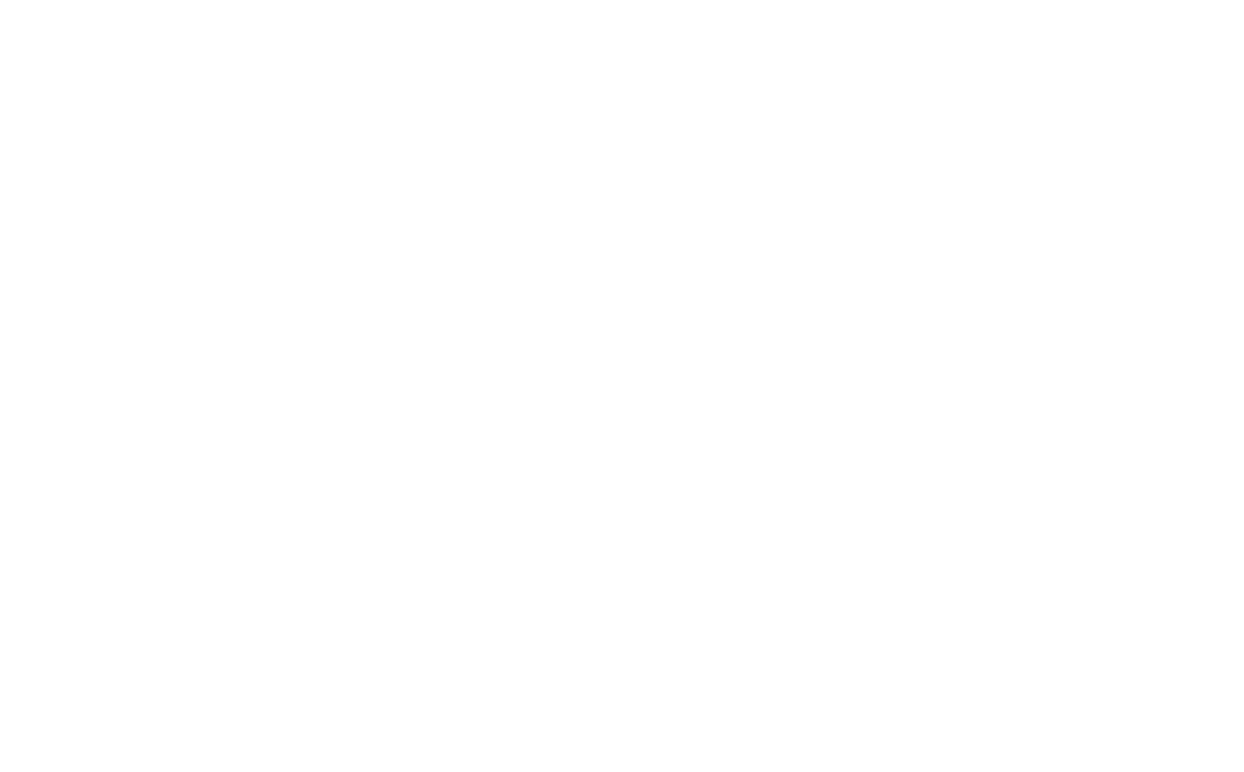 How Does SaaS Customer Lifetime Value Apply to a Real Business? — Netflix:
A Case Study

The Customer Lifetime Value of a Netflix Customer

Netflix is one of the largest movie-streaming services around. Subscriptions are their sole revenue stream. So, like other companies that wholly rely on subscriptions, the company employs many tactics to try and retain users for as long as possible.

Their main tactic is to create original must-see content. This serves dual purposes. Firstly, it lures new subscribers and acts as an anchor for current customers. This makes up a significant portion of their CAC.

To calculate the LTV of the average Netflix customer, we use the following model, which combines not just LTV, but also takes into account their CAC:

(Source: Medium.com/@tanayj)
Thankfully, most of this data can be found in their financial reports. Plugging all of the data into the formula, we got the following results: 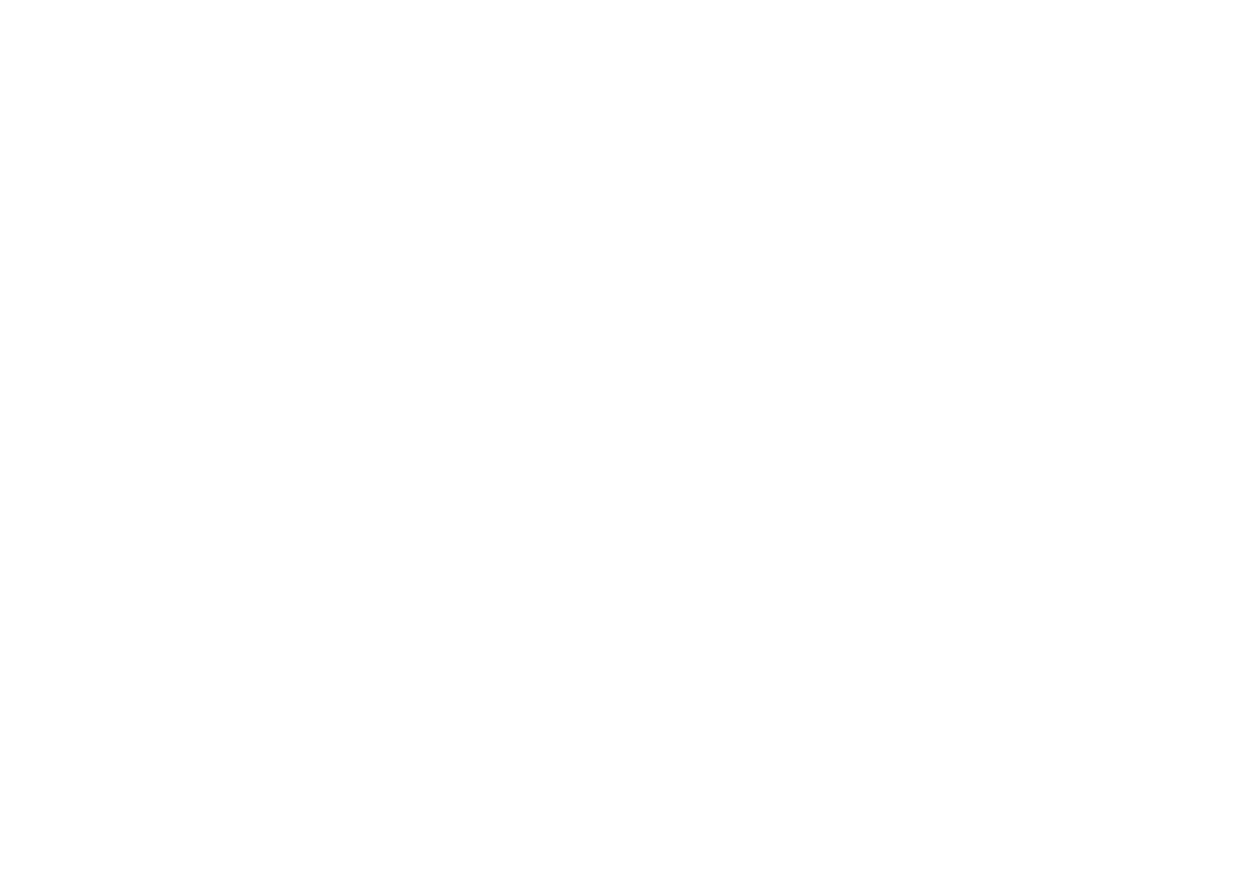 About 9% of customers left the service after about a year. This rate was consistent throughout 2017 and 2018.

The LTV to CAC Ratio of Netflix

But, in the case study above, the calculation of the cost of revenue was bare-boned at best. It only considered the amount spent on making content without including marketing costs.

The following table should give you a better idea of what the CAC could look like based on open-source information: 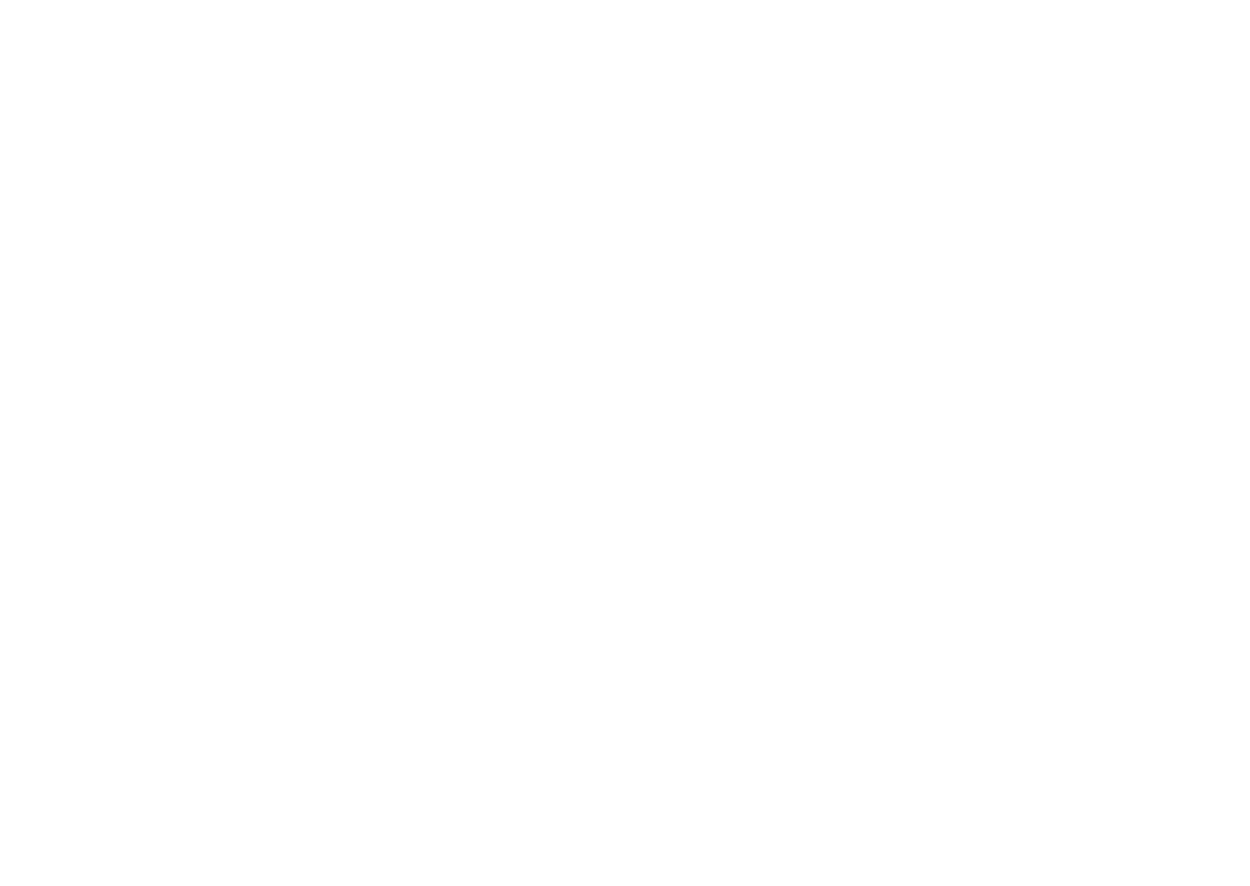 On average, Netflix spent around $48 to acquire each subscriber with an LTV of $515. That equates to an excellent LTV to CAC ratio of 10.7.

Need a Good SaaS Counsel in Your Corner?

SaaS Customer Lifetime Value (LTV) is a critical concept you must master if you want to succeed in the SaaS space. It’s a lot to take in all at once, and it may not be the most painless concept to apply in practice. But with some persistence and good counsel, you’ll be able to handle everything the industry has to throw at you.

And that is what I can help you with!

You can check out my other video guides and tutorials. They go into great depth about SaaS and growth strategies. If you need individual help applying this to your business, give me a call!

Get my proven user acquisition tactics to grow your startup's revenue
Put your email below and I'll send you tactics which add thousands in revenue for startup founders each week.
B2B SaaS Sales A Complete Guide
Essential SaaS landing pages for a great sales funnel
PREVIOUS
NEXT
✋ Hey, it's Denis! Thanks for reading :) Want help with your startup or to have a chat? Just reach out to me on Twitter, Email or LinkedIn.

Early-stage SaaS founder? Get a Free $10K Roadmap to scale your startup